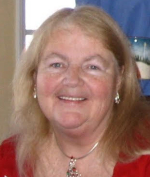 Kathleen H. Fanning, age 73, a resident of North Attleboro for the last 18 years, passed away on Friday, January 6,, 2023 at Massachusetts General Hospital with her loving family by her side.

Born and raised in Arlington, MA, Kathy graduated from Arlington Catholic High School, class of 1966. She then went on to earn a bachelor’s degree from the School of Education at Boston College, where she was also a member of the Women’s Varsity basketball team, and where she also first met her beloved husband, Gene.  Subsequently, Kathy went on to earn both a Masters degree and CAGS certificate from Bridgewater State University.

Kathy spent her entire career in the Education field, starting as an English teacher at Brockton High School in the 1970’s before going on to serve in a variety of other roles in the Walpole, Stoughton, Midlothian (VA) and Tiverton (RI) school districts.

She was a life-long resident of Massachusetts, excluding a four-year detour in Virginia, most recently in North Attleboro, but prior to that in Easton where she and Gene raised their two boys.

Kathy loved sports and was an accomplished athlete in her youth and as a young adult playing both basketball and tennis.  She was raised as an avid Boston sports fan, who loved watching her Red Sox and Patriots, although not as much so this past season…  However, her favorite sports were where she could enjoy watching and supporting her grandchildren in recent years.

Traveling, particularly with her family, was one of Kathy’s great joys in life with some of her favorite destinations being Disney World, beach holidays in Mexico, Lake Louise, Ireland and Spain, where she first developed her love of Sangria.  In recent years, you could also find her and Gene fall leaf-peeping in western Massachusetts and New Hampshire as well as walking the beaches of Newport in the Spring and Summer.

Most of all, Kathy loved spending time with her family, particularly her six grandchildren, and it didn’t matter the location or what the scheduled activity was, she was going to be there and enjoy being with everyone.

She was very intelligent, highly educated, and like any good Irishwoman, strong-willed…. “but in a good way” as one of her grandchildren recently remarked.  Kathy lived life, and ultimately passed, her way and on her terms.  She will be sincerely missed by all who had the blessing of truly knowing and loving her.

Friends and family are warmly invited to attend a Mass of Christian Burial for Kathy, that will serve as a celebration of her wonderful life on Wednesday, January 18, 2023 at 10:00 AM in Saint Mary of the Immaculate Conception Church (Transfiguration of the Lord Parish), 14 Park Street, North Attleboro.

Interment will be held in privately, at a later date in Milton Cemetery, Milton, MA.

Arrangements are under the care and direction of the Sperry & McHoul Funeral Home, North Attleboro.