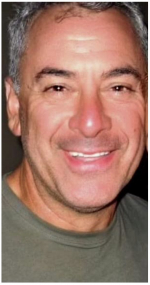 NORTH ATTLEBORO – David L. DeBlois, 64, a lifelong resident of North Attleboro, passed away peacefully at home, surrounded by his family, after a valiant eighteen month battle with pancreatic cancer, on the evening of Wednesday, October 12, 2022. He was the beloved husband of Nancy J. (Labonte) DeBlois of North Attleboro. They would have celebrated their thirtieth wedding anniversary this January.

Born in Attleboro, MA on August 8, 1958, he was a loving son of the late Marie (Deragon) DeBlois.

Working in construction for most of his life, Dave was employed for many years by Mass Building and Bridge, up until his retirement due to illness. As a highly skilled heavy equipment operator, he was sought after for the most difficult jobs, including fiber optics and ocean bridges.

Dave was a humble and quiet man. A true man’s man, he was able to fix anything, seldom ever having to call a repairman. He was a workout enthusiast and a terrific, self-taught drummer who played in many local bands over the years. He had recently restored a 1967 drum kit. An avid ocean fisherman, he greatly enjoyed fishing for striper, or as he put it, “pulling cows out of the canal.” In his younger days, he lived his dream of moving to Hawaii to wind surf on Waikiki Beach. He loved all things automotive, especially rat rods and was a diehard Boston Bruins fan. His happiest moments in life however, were those spent in the company of his adoring family.

He was the brother of the late Diane DeBlois.

A memorial visitation in celebration of Dave’s life, will be held on Friday, October 21, 2022 from 4:00 to 7:00 PM in the Sperry & McHoul Funeral Home, 15 Grove Street, North Attleboro. Relatives and friends are most kindly invited to attend.

In lieu of flowers, expressions of sympathy may be made in Dave’s name to Friends Helping Friends, P.O. Box 42, North Attleboro, MA 02760.