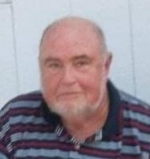 NORTH ATTLEBORO – Norman Edward McGill, Jr., passed away peacefully on Saturday, October 23, 2021 at Sturdy Memorial Hospital surrounded by his family after a period of failing health.  He was the beloved husband of Laurie J. (Sherman) McGill for over 55 years (September 3, 1966).

Born August 20, 1941 in Pawtucket, RI, he grew up in Cumberland, RI and was a 1960 graduate of Cumberland High School.  He has been a resident of North Attleboro for the past 53 years.

In 1968, he went to work for Roger Williams Foods which was sold to Wettenau Foods and later became Super Valu.  He retired in 2004 after 36 years and was a longtime member of the Teamsters Union Local 251.

When he was healthy, Norman enjoyed vacations spent in Old Orchard Beach, ME, Hampton Beach, NH, Pennsylvania Dutch Country and trips to the White Mountains of New Hampshire.

In addition to his wife, he is survived by grandchildren: Amy McGill and her partner Geoffrey Weber of North Attleboro, Holly Victor and husband Yvens of Malden, Amber Poleet of Gilbertville, Samantha Moad of Missouri, Randolph Poleet of Ohio; 8 great-grandchildren and his brother Dennis McGill and wife Edwina Woodbury of North Carolina;

Visiting hours will be held on Friday, October 29 from 12-2 p.m. at Sperry & McHoul Funeral Home, 15 Grove Street, North Attleboro.  A memorial service will be held in the funeral home at the conclusion of visitation at 2 p.m.  Burial to follow at Plainville Cemetery.

In lieu of flowers, in honor of all his beloved cats who went before him and he left behind, donations may be made to the North Attleboro Animal Shelter, 43 South Washington Street, North Attleboro, MA 02760.