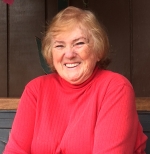 TAUNTON – Barbara Ruth Cavalieri, 87, of Taunton passed away October 5, 2021 at Morton Hospital.  She was the wife of the late Samuel Cavalieri who died in 2014.

Born January 28, 1934 in Attleboro, she was a daughter of the late Morris and Jennie (Chabot) Everton.

Barbara was a livelong resident of North Attleboro before moving to Taunton to live with her daughter eight years ago.

She was a factory worker at Jewel Cross for many years and later worked at Mike’s Donuts in North Attleboro.  She loved her time at Mike’s and her beloved customers.

A private graveside service will be held at St. Mary’s Cemetery, Attleboro Falls.