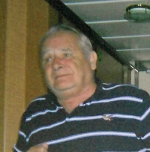 Born June 4, 1940 in Attleboro, he was a son of the late Donald Sr. and Beatrice (Handrigan) Lander.

Don grew up in Attleboro before moving to North Attleboro in 1963.

He was a 1959 graduate of Attleboro High School and worked as a shipper/receiver at Magill Box Company, later Jewel Case for 26 years before retiring in 2002.  He was a longtime devoted communicant of Sacred Heart Church.

Don was also an avid fan of the Boston Red Sox and Patriots and loved NASCAR.

In addition to his wife, he is survived by two sons: Donald J. Lander and wife Kathy of South Weymouth and James E. Lander of Attleboro;

He was brother of the late Nancy Wain.

A funeral will be held from the funeral home on Saturday, September 4 at 9 a.m. followed by a Mass at Sacred Heart Church of Transfiguration of the Lord Parish, 58 Church Street at 10 a.m.  Burial to follow at St. Mary’s Cemetery, Attleboro Falls.

To sign an online guestbook for Donald, please visit www.sperry-mchoul.com.