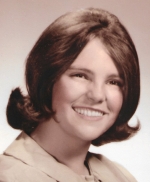 North Attleboro – Anne M. (Grimes) Arminio, 74 of North Attleboro passed away on Saturday, June 26, 2021 at Miriam Hospital in Providence.  She was the wife of Michael Arminio.

Anne grew up in Pawtucket and was a 1964 graduate of Tollman High School.

She has been a resident of North Attleboro since 1974 and also had resided in Attleboro for several years.

Ann was employed by the North Attleboro School Department for many years as a cafeteria worker.  She previously worked for the Blackstone Valley Electric Department.

She was an avid homemaker and loved to cook and clean for her family. She kept an immaculate home for them.  She also loved playing bingo and going to the casinos.  She enjoyed traveling and going on cruises to Bermuda and Canada.

In addition to her husband, Michael, Anne is survived by her daughter Erin Arminio of North Attleboro.

In lieu of flowers, donations in Anne’s memory may be made to United Cerebral Palsy, 71 Arsenal Street, Watertown, MA 02472 or www.ucpboston.org.