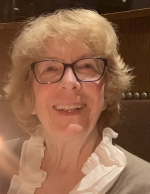 North Attleboro – Nancy Lonsbury Loew, 83, wife, mother, and grandmother, passed away unexpectedly on Thursday, February 25, 2021 at Rhode Island Hospital surrounded by her loving family. She was the wife of the late Dr. Donald E. Loew, to whom she was married for over 54 years.

Born February 10, 1938, in Boston, Mass., she was the daughter of the late Pierre and Laurette Lonsbury, who nicknamed her “Hurricane Nan” when the 1938 New England hurricane struck later that year. She was predeceased by her brother Robert “Big Moose” Lonsbury of St. Louis, Mo., and her sister Barbara Weidner of Monmouth, N.J.

Raised in Attleboro, Mass., Nancy spent summers at Camp Lochearn in Vt. where she retired the camp canoe trophy and learned several risqué camp songs shared with delight in later years. Nancy was a 1956 graduate of Attleboro High School. She attended Smith College in Northampton, Mass., receiving her Bachelor of Arts in Sociology in 1960.

Nancy and Don met in their high school years when her father, an academic fraternity brother of Don’s father at Michigan State University, welcomed the Loew family upon their relocation to Newton, Mass. Nancy and Don dated through high school and college and were married in Attleboro on June 18, 1960.

Following brief stints in Philadelphia; Hanover, N.H.; Cleveland; and Brookline, Mass. during Don’s Navy service and medical school training, Nancy and Don returned to Attleboro in 1970, finally settling in North Attleboro in 1973 to raise their growing family. Nancy was active in several community organizations including the North Purchase Club, the Attleboro Garden Club, and the Magic Mountain Outing Club. She loved classical music and was a long-time patron of the Boston Symphony Orchestra and the Tanglewood Music Festival. Despite a legendary and oftentimes comical fear of flying, Nancy was an intrepid world traveler from a young age beginning with a trip to France in her teens. Always game for a big blizzard, she loved skiing and the mountains of Londonderry, Vt. and Crested Butte, Co. She treasured the camaraderie of her weekly knitting group, and most recently took up painting and wine appreciation through “Paint & Sip” Zoom classes with the Southern Vermont Arts Center.  A whisperer of dogs and children, Nancy loved hosting large, boisterous gatherings of family and loved ones at her home in North Attleboro most of all.

A memorial service will be held at a later date.

In lieu of flowers, please consider a donation in Nancy’s memory to: Friends of the Boston Symphony, 301 Massachusetts Ave., Boston, MA 02115, or visit bso.org/contribute and select "This gift is made in memory of / in honor of" under "Select additional options."