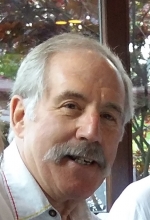 ATTLEBORO - Robert N Palmer, 73, of Attleboro, passed away, peacefully at home on February 11, 2021.  He was the beloved husband of Diane R (Labrie) Palmer, to whom he was married for 18 years.

Bob grew up in Attleboro graduating from Attleboro High School class of 1968. After graduation he entered the army and served as a platoon sergeant with the 3rd/187th Airborne fighting for his country in Vietnam during the Vietnam war where he was awarded the CIB, Bronze Star, Air Assault Medals, among others.  After returning home he joined the Attleboro Police department retiring after 34 years working as a police officer, detective and police prosecutor.

He graduated from Bristol Community College with an Associate Degree in Criminal Justice and continued his education at Roger Williams University.

Bob obtained a Master Captains license with the Coast Guard and with his wife Diane enjoyed many adventures on their boat “Summer Daze” cruising from RI to Cape Cod.  His hobbies included gardening, skiing, hiking, scuba diving and martial arts. He loved being outdoors and could always be found splitting and stacking firewood or working in his garden where was always ready to share his knowledge and bounty with others. His canned Hungarian yellow peppers were the best! They were delicious with cheese, crackers and a good glass of cabernet which he enjoyed most Saturday evenings with Diane, relaxing by his pond, on the boat or the backyard deck.

Besides his wife Diane, he leaves his son Nick Palmer (Jen) and daughter Sarah Palmer. He was the stepfather of Jenna Grondines (Keith), Justin Whitty (Kim) and Christopher Whitty (Brittany). He was grandfather to Benjamin, Bryce, Amelia, Evan, Emilie, Hailey, Melanie, Casey, Makenna and Savanna and was predeceased by his grandson Conner Grondines. He is also survived by his sister Judy Yorke (Howard), Aunt Betty Ann Bell (Gary) and his nephew Jason (Jen).

A funeral Service with military honors will be held Wednesday February 17, 2021 @ 11:00 AM at Saint Mary’s Cemetery in Attleboro Falls MA. which is open to the public, all family and friends are invited to attend.