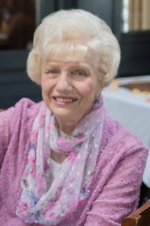 NORTH ATTLEBORO – Barbara Jane Deppisch, 88, of North Attleboro passed away Sunday, February 7, 2021 at Sturdy Memorial Hospital in Attleboro surrounded by her devoted family. She was the loving wife of the late Gunther G. Deppisch who died in 1991.

Born April 2, 1932 in Attleboro, she was the daughter of the late Charles and Jane (Brown) Sanderson of Worcester.

Barbara grew up in Attleboro and was a 1950 graduate of Attleboro High School. She received a Bachelors degree from Colby College and then a Masters in Education from Boston University.

She worked as a teacher for over a year in New Jersey and then a couple of years in Germany before moving back to Attleboro. In 1966, Barbara and Gunther moved to North Attleboro.

Barbara taught elementary school for many years in Attleboro and later substitute taught. She also worked for the Historical Society in North Attleboro.

She was a longtime member of the Immanuel Lutheran Church in Attleboro and worked for Norton Housing Authority for ten years and also worked at the North Attleboro Polls for many years.

Barbara took great pride in decorating her home for every holiday, big and small. Every day started with a Dunkin run. She enjoyed eating out with her family and friends — and a meal wasn’t complete without a dish of butter crunch or maple walnut ice cream. Barbara never missed attending her kids and grandchildren’s sporting events. No game was too far for Barbara — she even traveled to Europe to see them play. She loved basketball and was a huge fan of the Boston Celtics. She also loved the Patriots/Tampa Bay.

She was the loving nana to Brittany, Samantha, Ricky, Bella, Charlie and James; and great-grandmother to Audrey.

A funeral service will be held on Saturday, February 13 at 11 o’clock a.m. at the Immanuel Lutheran Church, 647 Main Street (Rt. 152), Attleboro, MA. Burial will follow at North Purchase Cemetery, Attleboro.

In lieu of flowers, donations may be made to Lenore’s Pantry, 43 South Washington Street, North Attleboro, MA 02760.