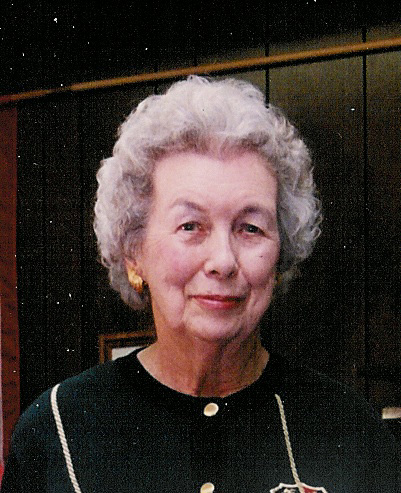 Born September 11, 1917, in Niagara Falls, Canada, she was the daughter of the late William Henshaw Torrey and Philomena Sarah (Stevens) Torrey. Her mother was Canadian and her father was an American working at the Niagara Falls hydro-electric generating plant. Mary Ruth liked to tell how Will, without her mother knowing, converted to Catholicism prior to proposing, as he felt she wouldn’t marry outside her faith. Following the birth of Mary Ruth they moved to Will’s hometown of Spencer, Mass. Two more daughters followed; Anne in 1919 and Jane in 1921.

As a child growing up in Spencer Mary Ruth became known simply as “Ruth” because of a Canadian cousin also named Ruth. One was referred to as big Ruth and the other little Ruth. Ruth graduated from David Prouty High School, Spencer, Mass, in 1935 and from the Massachusetts School of Art, Boston, Mass (now called Massachusetts College of Art and Design) in 1939.

Following graduation she was hired as a designer at the Evans Case Company in 1940 and moved to North Attleboro, initially residing at the Hotel Hixon. Once settled, Ruth became a long term boarder with Mildred Peckham for the next twenty plus years. She initially designed compact case covers for Evans then transferred to the front office where she worked until 1960. She recalled that during WW2 the Evans plant was converted to produce parts for bombsights. Following the shuttering of Evans in 1960 she worked for Dow’s Dress Shop in downtown until 1966 then worked for H.F. Barrows until they were later taken over. She fondly remembers the big-windowed offices in the corner of the famous Barrows building now serving as North Attleboro’s police station. Then in 1985 Ruth went to work part time for V.H. Blackinton, where she retired from in 2006, still working part-time at age 88. She was very proud of the police and fire department badges they produced. Ruth had many fond memories of the people and places she worked at during her 66 year working career in North Attleboro.

Ruth was a longtime communicant of St. Mary’s Church, North Attleboro and was a member of the Catholic Women’s Club.  In I991 while living at Circle Court in North Attleboro, she became secretary of the Tenant Association.

Ruth enjoyed knitting, visiting family in Florida and South Carolina, being a parishioner of St. Mary’s, her art interests, the Red Sox, driving her Oldsmobile Cutlass, eating out at the many area restaurants, wearing clothes of her favorite color red, and visiting the Cape.

Madonna Manor was her home since 2006 and she very much enjoyed living there and deeply appreciated the care she received from the dedicated staff.  Madonna Manor is housed in the old Hixon Hotel, where Ruth first lived for a bit in 1940. She was fond of saying “I came to town to the Hixon, and I’ll be leaving town from the Hixon.”

She was the sister of the late Anne Quinn and Jane Thurlow.

Funeral Mass for Ruth will be held at a later date.

In lieu of flowers memorial donations in Ruth’s name may be made to Madonna Manor Nursing Home, 85 North Washington Street, North Attleboro, MA 02760