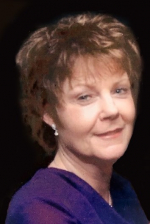 NORTH ATTLEBORO – Martie (Gaudette) Arabian, 76, a lifelong resident of North Attleboro, passed away peacefully with her family at her side on Thursday, November 17, 2022 at the HopeHealth Hulitar Hospice Center in Providence, RI. She was the beloved wife of John Arabian. Martie and John celebrated 57 years of marriage on October 16th.

Born on May 16, 1946, “Marthie” was the only daughter of the late Albert Gaudette and Helen (Precourt) Gaudette.

After graduating North Attleboro High School in 1964, she studied art at Dean College. Martie was also active in the family business, Gaudette Leather Goods, founded by her grandfather, Gid Gaudette.

Martie was a gifted artist and gardener with a great love of music, who was at her happiest making a warm and loving home for her family. Nobody could match Martie for a better kept home. She embodied Christmas and her family will ever feel her presence, but especially on and around December 25th.

Martie’s favorite homes were at Westside Avenue and Hillside Road in North Attleboro. Cherished times were those spent at White Horse Beach in Plymouth, MA and excursions to the Maine coast with John.

Martie leaves her devoted children:  her daughter, Deborah (Arabian) Dellavechia and her son-in-law, Darren Dellavechia; and son, Stephen Arabian. She also leaves her cherished grandsons: Jack Arabian and Gavin Arabian. Martie held dear many other relatives, especially: her cousin, Ginny (Precourt) Jolin; brothers and sisters-in law, Bob and Rondie Arabian and Ed and Linda Arabian; her niece, Heather (Arabian) Averett and nephew Rob Arabian, and their spouses and children and her son-in-law, Darren’s family: Karen, Ron, Dana and Scott Dellavechia. Ever in Martie’s heart were, Norma Pike, “Pal” Lynne Schofield and all her dear friends and relatives, both present and those who have passed. She loved you deeply. Lucky were the pets who found a home with Martie. She treated them like royalty.

Visitation, to which relatives and friends are most kindly invited to attend, will be held on Friday, November 25, 2022 from 4:00 to 7:00 PM in the Sperry & McHoul Funeral Home, 15 Grove Street, North Attleboro. A Mass of Christian Burial will be celebrated in her honor on Saturday, November 26, 2022 at 11:00 AM in Saint Mary of the Immaculate Conception Church (Transfiguration of the Lord Parish) 14 Park Street, North Attleboro, officiated by the Reverend Michael Ciryak. Interment will be held privately at a later date.