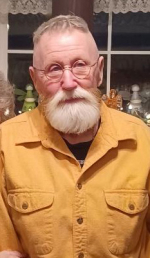 NORTH ATTLEBORO – Harold A. Westman, 77, of North Attleboro passed away Thursday, October 6, 2022 at Miriam Hospital in Providence surrounded by his loving family.  He was the loving husband and soulmate of Gertrude “Trudy” (LaGreca) Westman for 56 years.

Harold was a lifetime member of the North Attleboro Elks where he served as manager for many years.  He worked for Paddock Pool out of New York and later Cox Communications for over twenty years before retiring in 2012.

He was humble, a wonderful father and always helped others – even though refusing help for himself.  He loved his friends and family, including his Harley family.

A sister, Ellie Pinkham of Attleboro;

And his beloved dog, Lexi.

Visiting hours will be held on Saturday, October 15, 2022 from 9-11 a.m. at Sperry & McHoul Funeral Home, 15 Grove Street, North Attleboro.  A funeral service will follow visitation in the funeral home at 11 a.m. and burial will follow at Timothy Plain Cemetery in Norton.

To sign an online guestbook for Harold, please visit www.sperry-mchoul.com.