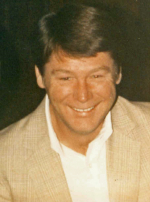 SOUTH ATTLEBORO – James “Digger” Dickinson, 83, of Castle Estates passed away Thursday, August 18, 2022 at Miriam Hospital in Providence, RI.  He was husband of Audrey (Peck) Dickinson whom he married in 1957 with whom he grew up with together since 3 years old and were childhood sweethearts.

Born October 9, 1938 in Providence, he was a son of the late James and Marian (Buell) Dickinson.

James grew up in Plainville and was a 1956 graduate of Plainville High School.  He also lived in Attleboro for many years before moving to South Attleboro.

James worked at Balfour as a stone setter throughout his career.

He was a well-known baseball coach in Attleboro Little League for many years and loved sports.  Particularly the Red Sox, Patriots and going to Paw Sox games.    He also enjoyed basketball, softball and golfing at Stone-E-Lee golf course in Attleboro.

James also cherished his time spent at his cabin in Maine.

In Addition to his wife, he is survived by four children: Kevin Dickinson of South Attleboro, Kurt Dickinson of Woonsocket, RI, Kelly Dickinson of Maine and Kristen and husband Scott Pouliot of Maine;

In Lieu of flowers, donations may be made to the Attleboro Animal Shelter, 27 Pond Street, Attleboro, MA 02703.