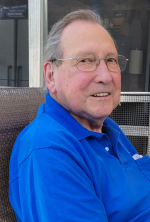 PLAINVILLE – Thomas E. Healey, 84, of East Bacon Street passed away Sunday, August 7, 2022 at the VA Hospital in West Roxbury, Boston.  He was the husband of the late Patricia (Poirier) Healey.

Born August 2, 1938 in Brockton, he was the son of the late Thomas and Hazel (Fox) Healey.

Thomas grew up in Easton and was a graduate of Oliver Ames High School class of 1956.  He lived in Rhode Island for several years before moving to Plainville in 1986.

He worked as a manager at the Fernandes Supermarket in Plainville before retiring from Roche Brothers in Millis in 1999.

Thomas served the U.S. Army in the signal corp from 1959-1965 during the Vietnam War.  He has been a member of the Elks Lodge, 1011 in North Attleboro since 2000, where he enjoyed playing cribbage and pitch. He also enjoyed bartending and cooking at Elks functions while serving his community.

In lieu of flowers, donations may be made to NA Elks Kid’s Christmas Party Fund, P.O. Box 7, North Attleboro, MA 02761.

A celebration of life will be held at the Elks Lodge, North Attleboro MA. More details to follow.

To sign an online guestbook for Thomas, please visit www.sperry-mchoul.com.