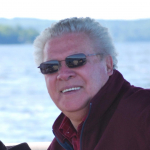 Raymond Arthur Savard, Sr. passed away peacefully on July 12, 2022, after a long illness. His beloved wife of 65 years, Rachel, was by his side.

Born September 22, 1936, into a large family in Riverside, RI, he was the son of the late Ulysse and Edith (Rafferty) Savard. He grew up on Sabin Point in a house overlooking Narragansett Bay, where he frequently swam as a child. After high school, Raymond joined the Air Force. It was through his service that he would be introduced to his wife, Rachel (Noviello). They were married in 1957, settling in North Attleboro, MA, where they raised their seven children.

After his military service, a life-long love of cars inspired Raymond to join General Motors, where he worked for nearly thirty years before retiring. In retirement, he enjoyed spending time with his family, traveling, and attending car shows. Some of his happiest memories were the annual summer family vacation to Cape Cod and the winters he and Rachel spent in Florida. Other memorable experiences included camping trips throughout New England and driving across the country, ultimately visiting 48 states. A lover of all food, he could reliably be found around the kitchen table, enjoying his family's Italian cooking.