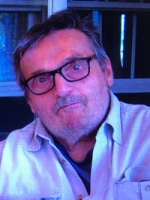 PLAINVILLE – Andrew “Jim” Perrotti, 69, of Plainville passed away Thursday, August  31st, 2017 at Sturdy Memorial Hospital in Attleboro.  He was the longtime companion and life partner of Donna Dimonte.

Born October 20, 1947 in Newton, he was a son of the late Louie Perrotti and Maria Stostilio-Perrotti.

Jim grew up in Newton and was a graduate of Newton North Technical High School.

He lived in Wrentham for many years before moving to Plainville over 20 years ago.

Jim was a skilled carpenter and cabinet maker.  He worked at the Foxboro Company for over 20 years and later Pheasant Run Studios in Norfolk before working in the Local Carpenters Union and then retiring 10 years ago.

He was an avid fan of the New England Patriots and Red Sox and loved fishing, particularly on the Cape Cod Canal.

In addition to Donna, he is survived by his two sons: Michael and wife Allison of Oregon City, Oregon and James and wife Michelle of Douglas and two grandchildren: James A. Perrotti, Jr. and Leannea Smith.

Visiting hours will be held on Tuesday, September 5 from 4-7 p.m. in the Sperry & McHoul Funeral Home, 15 Grove Street, North Attleboro.  A funeral service will be held at the conclusion of visitation in the funeral home at 7 p.m.