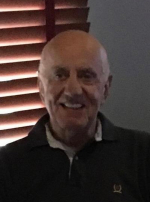 NORTH ATTLEBORO - Ronald G. Achin, 89, of North Attleboro passed away at home after a long illness on June 19, 2022, surrounded by his loving family. He departed this world leaving love in the hearts of everyone who had the privilege of knowing him. Ever optimistic, he was a kind and patient man who always put the needs of others before his own. Ronald loved his family. He enjoyed adventures, the outdoors, woodworking, music, and reading. He was amazed by our Universe, and conveyed this enthusiasm to his children and grandchildren.

Ronald graduated from North Attleboro High School in 1950. He worked in construction after high school with his father and was drafted into the U.S. Army during the Korean War. Ronald enjoyed the discipline, physicality, and camaraderie of the Army. After the military, Ronald worked as an equipment installer with the phone company until he retired. He was a long time member of Sacred Heart Church, where he volunteered. He loved athletics. He played football in high school, played tennis throughout life, and belonged to softball and bowling leagues.

Ronald was preceded in death by his loving wife, Rosemary L. (Mullen) Achin (1941-1999), by his three sisters Doris Jarvis, Theresa Berg, and Jeannette Achin, and by five of his brothers, Joseph, Roger, Alfred, Gerard, and Paul Achin.