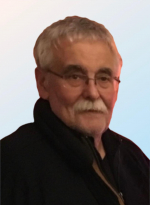 Rodney “Rod” John Poirier passed away peacefully on May 22nd loving husband, father, Uncle and Papa passed away one day shy of his 71st birthday.

Born in Taunton Ma on May 23, 1951 he was the son of the late Normand and Hilda Poirier and the loved son-in-law of the late Michael and Josephine Lonardo

A man who enjoyed life’s simple pleasures, he did it all: skied, snowmobiled, fished, golfed and hunted. Through the years he was a gun collector and always belonged to a gun range.

As a young man he enjoyed muscle cars and drag racing, earning many trophies.

A master carpenter, he retired from the MA Dept of Corrections and continued with his remodeling business. He was also a 10-year member with the Plainville Lions and took pride in giving back to the community.

During his retirement he continued with his hobbies and he and Patti, his beloved wife of 49 years, enjoyed family, friends, traveling and gambling. Never meeting a lottery ticket, he didn’t like he would always buy tickets for his family. Always hoping for the “Big Win” and not realizing he was the win and joy in our lives.

Through it all his love and memory will endure and to his family considered to be a procrastinator saddened that this is the one thing he could not put off.

Rod is survived by his wife Patricia (Lonardo) Poirier, his son Nicholas Poirier, his daughter Julie Rainville and the light in his heart, his granddaughter Catalina Rainville.

He also leaves behind his sister and brother-in-law JoAnn and Richard Cathcart,  his niece  and nephews Laura and James Fontaine, Michael and Elise Sousa and Ryan Sousa as well as a great niece and nephew Benjamin and Charlotte Fontaine and Zachary Poirier he also leaves 2 brothers Lee Poirier and Guy Poirier.

In lieu of flowers donations can be made in Rod Poirier's memory to Dana Farber Cancer Center and The American Red Cross.