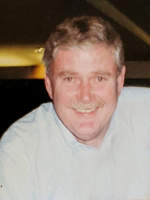 NORTH ATTLEBORO – Joseph G. Dery, 73, of North Attleboro passed away Friday, May 13, 2022 at Sturdy Memorial Hospital in Attleboro, surrounded by his family, after succumbing from complications due to Covid.  He was the loving husband of Roxanne (LaBossiere) Dery for over 50 years.

Joseph grew up in Central Falls, RI before moving to Carver in 1975.  He has been a resident of North Attleboro for the past 43 years.

He was a 1967 graduate of Sacred Heart High School in Central Falls and a 1971 graduate of Stonehill College in North Easton where he majored in history.  He later received a Master’s degree in administration in education from Bridgewater State College.

Joseph taught at Norton High School for 34 years from 1972 until 2006.  He was land sports director at Camp Haywood in Sandwich for three summers and then director at Camp Elwood at the Hockomock YMCA in North Attleboro for four summers from 1982 until 1985.

He was parking manager at Great Woods Performing Arts Center for 20 years between 1986 and 2006.

He was also a member of the MTA and NEA.

In addition to his wife, he is survived by his daughter, Reagan Lucie of Taunton; a son, Jarett Dery and his wife Shannon of Trumbull, CT; four grandchildren: McKenzie, Addison, Gavin and Tyler; a brother Leo H. Dery and his wife Alice of Wakefield, RI and several nieces and nephews.