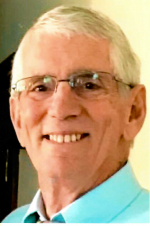 Michael Lee Worthington, 75, passed away peacefully on May 14, 2022 at Sturdy Memorial Hospital surrounded by his loving family.

He was born to Donald and Bette (Elmore) Worthington in Williamsport, Indiana in 1947 and raised in Lafayette, Indiana.  He joined the U. S. Navy in 1965.  Mike’s first duty station was Newport, R.I. where he met his loving wife of 53 years Patricia (Ralph) Worthington.   He proudly served his country by serving in Chu-Lai, Vietnam in 1967.

Mike and Pat married on August 31, 1968 and made their home in North Attleboro where they have lived since that date.

Mike was employed by Teknor Apex, Hebronville MA for 35 years, retiring in 2005.

One of Mike’s interests was amateur ham radio which led him and other local operators to create the Sturdy Memorial Hospital Amateur Radio Club. He had many other interests including blues and country music and dancing, the local sports teams specifically the Boston Bruins and New England Patriots but nothing surpassed his love of classic cars.  One of his greatest achievements was building a 1930 hot rod from start to finish with the help of his sons and friends.  His passion connected him with people of like interests. He especially loved going to cruise nights with his group of car buddies.  His love of hot rods lead him to create a Facebook page called Hot Rod 4-Speeds which has over 21,000 followers at present.

Relatives and friends are cordially invited to attend visitation on Friday, May 20, 2022 from 10:00 AM to 12:00 PM at Sperry McHoul Funeral Home, 15 Grove St., North Attleboro.  A service will immediately follow in the funeral home at noontime.

Interment with military honors will be held following the services at St. Mary’s Cemetery, North Attleboro.

In lieu of flowers, donations may be made to American Lung Association; www.lung.org or Disabled American Veterans; www.DAV.org.