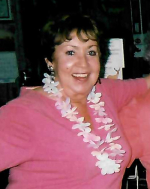 NORTH ATTLEBORO – Dorothy Ann Crowley, 83, of North Attleboro passed away May 12, 2022 at Life Care Center in Attleboro.  She was the loving wife of Lawrence S. Crowley who passed away in 2013.

Dorothy grew up in the “Southie” neighborhood of Boston and then moved to Seekonk where she spent many years, eventually moving to Plainville.  She has been a resident of North Attleboro for the past 8 years.

She was a 1957 graduate of South Boston High School.

Dorothy worked in the family business as a decorator for 30 years at Martin Mobile Homes in Seekonk.

She was an avid Boston Sports fan, particularly the Bruins and especially enjoyed time spent with her children, grandchildren and great-grandchildren.  She also enjoyed traveling to her mother's birthplace, Cape Breton Island, Nova Scotia and enjoying her beloved family there,  Michael and Karen Gillis and their family.

She is survived by her two sons: Larry and wife Janette Crowley of Cumberland, RI and Michael and wife Michelle of North Attleboro;

2 great-grandchildren: Noelle and Alex; and many nieces and nephews.

She was sister of the late Eileen DeWolfe.

In lieu of flowers, donations may be made to the Activities Fund at Life Care Center of Attleboro, 969 Park Street, Attleboro, MA 02703.