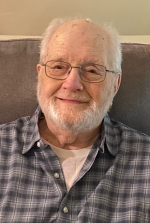 Harold J. Goldzung, Sr., 88, passed away peacefully on February 25, 2022 with his family by his side at Brookdale Senior Assisted Living in Attleboro.   He was the beloved husband of Mary E. (Hesselink) Goldzung for 65 years, whom he married on August 18, 1956.

Born on December 20, 1933 in Mineola, NY, he was the son of George Goldzung and of Anna (Hartman) Goldzung.  He grew up on Long Island, NY and graduated from Amityville High School in 1951.  He attended Hope College in Holland, MI, where he met Mary and graduated with his bachelor’s in 1955.  He received a Masters of Divinity in 1958, at New Brunswick Theological Seminary in New Brunswick, NJ and was subsequently ordained to ministry in the Reformed Church of America.  His first pastorate was in Old Saratoga and Bacon Hill Reformed Churches in Schuylerville, NY from 1958-1966.  He was then called to serve Second Reformed Church in Schenectady, NY from 1966-1974.  His third pastoral call  was to Grove Reformed Church in North Bergen, NJ in 1974 where he remained in ministry until his retirement in 1996 and was honored as Minister Emeritus.  Upon retirement, Harold and Mary moved to Waupun, WI and built their retirement home on the family farm where Mary was born.  In addition to enjoying country life, Harold provided pulpit supply and preached in more than thirty churches.  In 2011, Harold and Mary relocated to North Attleboro, MA to be closer to their children on the East Coast.  They joined the Second Congregational Church in Attleboro, MA and explored New England. In September 2021, Harold and Mary relocated to Brookdale Assisted Senior Living in Attleboro, MA.

In addition to his love and dedication to church ministry, Harold engaged in community service throughout his life.  He participated  in the Reformed Church’s state and national governing bodies,  the Grange, the Rotary Club, and the Salvation Army. He served as Chairperson  on the Board of Directors at Palisades General Hospital in North Bergen, NJ.  Harold also enjoyed many hobbies, including  woodworking, beekeeping, oil painting, ham radios, camping, astronomy, fly fishing, traveling, and continuing education through Elderhostel. Harold and Mary traveled to all fifty states, cruised through the Panama Canal and to the Caribbean, and traveled to Europe.

In addition to his wife, Mary, Harold is survived by his children Kathleen (Goldzung) and Ronald LaBella of Levittown, NY; Constance Goldzung-Eckart and John Eckart of Norton, MA; and Harold (Jr.) and Laura Goldzung of Bristow, VA. He was incredibly proud of his four grandchildren:  Emily and her husband, Tom; Kyle Goldzung of Richmond, VA; John Eckart of Norton, MA; Mary Margaret Goldzung of Bristow, VA; Christopher LaBella, and Ryan LaBella of Carolina Shores, NC.  Harold is survived by multiple sisters- and brothers-in-law as well as nieces and nephews.

Visiting hours will be held on Friday, March 4, 2022 from 10 to 11 a.m. at the Sperry & McHoul Funeral Home, 15 Grove Street, North Attleboro, MA followed by a funeral service at 11 a.m.  Burial will immediately follow at North Purchase Cemetery, Attleboro, MA.