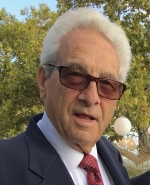 Thomas R. Tullie, 80, of Norton, formerly a resident of North Attleboro for 25 years, passed away peacefully on Saturday, January 22, 2022 surrounded by his loving family. He was the beloved husband of Lenore J. (Monti) Tullie, to whom he was wed on October 6, 1962.
Born in Providence, RI on May 15, 1941, he was a loving son of the late Thomas A. and Anna (Lepre) Tullie.
Tom grew up in Providence and spent time living in Johnston as well. He was a 1961 graduate of Vocational Technical High School in North Providence and went on to further his education, earning his Associate's Degree in Engineering from Northeastern University.
A proud veteran of the Vietnam era, Tom served his country in the United States Navy, in which he crewed a P2V, an anti-submarine warfare aircraft. During the later portion of his military career he served as Chief Recruiter of Readiness Command One. He retired from the Navy after 24 years of honorable service with the rank of Master Chief of the Command, E-9.
He continued to be a staunch advocate for his fellow veterans for the rest of his life, serving as the Veteran's Agent for the City of Attleboro for 20 years and as a consultant for the Department of Veteran's Affairs. He also served as Grand Marshal for the Attleboro Memorial Day Parade and was instrumental in the design and erecting of the veteran's monuments on the Attleboro City Common, and in bringing the traveling Vietnam Wall to Attleboro for display.
He was a member of the Disabled American Veterans, the Veterans of Foreign Wars, the North Attleboro Lion's Club, and the National League of Families POW/MIA.
In addition to his favorite times, those spent with his adoring family, Tom was a member of Easton Country Club where he enjoyed many a game of golf, smoking a good cigar, and traveling with his travel buddy, Lenore, with whom he spent a very special 50th anniversary with in Africa where they rode elephants. He treated everyone like family and will be sorely missed by all of those who were lucky enough to know him and call him a friend.
Besides his beloved wife of 59 years, Lenore, he is survived by his devoted children, Lauren M. Tullie of Pawtucket, RI, and Thomas L. Tullie and his wife Judy of Del Mar, CA. He leaves his cherished grandchildren, Samantha, Jacqueline, Anna, and Alexandria. He was the dear brother of Richard Tullie and his wife Ann of Bluffton, SC. He was the brother-in-law of Linda Pizzuti of Johnston, RI and Lois Eck of La Costa, CA. He also leaves his nephews and nieces, Richard, Michelle, Stacy, Nicole, Bob, David, Leslie and 12 great nephews and great nieces.
His funeral service, to which relatives and friends are most kindly invited to attend, will be held on Thursday, January 27, 2022 at 11 AM in the Sperry & McHoul Funeral Home, 15 Grove Street, North Attleboro, MA. Interment with full military honors will immediately follow the service in the Rhode Island Veterans Cemetery, Exeter, RI.
Visitation will be held on Wednesday, January 26, 2022 from 5-8 PM.
In lieu of flowers, expressions of sympathy may be made in Tom's memory to the New England Center and Home for Veterans, 17 Court Street, Boston, MA 02108.