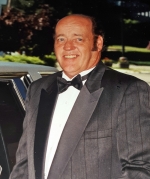 ATTLEBORO -           Thomas T. Tansey, 73, of Attleboro passed away Wednesday, January 19, 2022 at Sturdy Memorial Hospital in Attleboro.  He was husband of the late Eleanor (Baptista) Tansey.

Tom grew up in Seekonk and was a graduate of Seekonk High School.  He lived in Rehoboth for several years and has been a resident of Attleboro for over 50 years.

He worked as a press operator at Doranco in Attleboro Falls and later Mansfield for many years.

Tom was a Vietnam Veteran of the United States Air Force.

He enjoyed watching the Patriots and the Red Sox and loved his Chihuahua, Buddy and late Chihuahua Taco who were his babies.

He is survived by his two daughters, Melissa A. Tansey of Danville, CT and Kimberly A. Harnois and husband Michael of Attleboro;