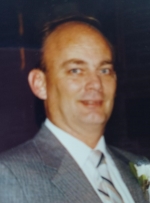 He was born at Pawtucket Memorial and the only son of the late Donald and Allie B McAlpine.

He is survived by his daughters, Lori Bush and Katherine Brogan and her husband Erik; grandfather to Cameron Bush and wife Bruna Bush U.S.N, and James Grzesiak Jr., and one great grandson, Bennet Bush. He also leaves behind his loving companion, Cindi Burns of Franklin.

Bruce graduated from King Philip High School in 1964 and enlisted in the Army and served in Vietnam.  He returned to Ft. Lee, VA in 1967 and was honorable discharged in 1968 at which time he moved back to his hometown in Plainville, MA.

He loved fishing and camping and spent as much time as he could outdoors.  The summers were spent with his daughters camping, fishing or on his boat.