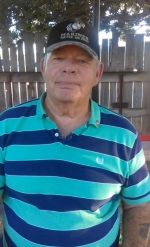 NORTH ATTLEBORO – Robert B. Pouliot, 83, of Hickory Road passed away Sunday, December 19, 2021 at Sturdy Memorial Hospital in Attleboro.  He was the loving husband of Nancy Lee (Savage) Pouliot for the past 61 years.

Robert grew up in Plainville and attended Plainville High School.  He has been a resident of North Attleboro since 1960.

He joined and was a proud member of the US Marine Corps after high school and a Korean War era veteran.

Robert worked as a heavy equipment operator for the Simeone Corporation and later Bardon Trimount, Inc. both in Wrentham for 36 years before retiring in 2006.  He was a member of International Union of Operating Engineers Local #4.

He loved to travel and had been on 19 cruises and loved Disney World.  He also enjoyed word searches and watching the Patriots.

He was brother of the late Joseph, Michael and Kenneth Pouliot and Patricia Bertone.

Visiting hours will be held on Thursday, December 30, 2021 from 4-7 p.m. at the Sperry & McHoul Funeral Home, 15 Grove Street, North Attleboro.  A funeral service will be held at the conclusion of visitation at 7 p.m.  Burial will be at a later date at the Massachusetts National Cemetery, Bourne.

In lieu of flowers, donations may be made to Toys for Tots, www.toysfortots.org or the Wounded Warrior Project,  www.woundedwarrior.org.