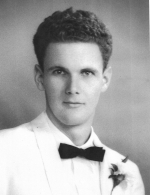 Plainville, MA:  Ronald Edwin Taylor Sr., 75, died December 17th at home surrounded by his loving family.  Ron was born July 13, 1946 in Milford, the son of the late Robert Britland Taylor and Viola (Hensel) Taylor. Ron was the seventh of eight children and the majority of his life he lived in Milford and attended the Milford School System. Ronald was married to Ruth C (Irvine) Taylor for thirty-seven years prior to her death in 2004. Ron is survived by his four children and their families: Heather Raji and her husband Ibrahim of Coventry, RI; Catherine Wauczinski and her husband David of Easthampton, MA; Ronald Edwin Taylor Jr and his wife Zandra of Tom’s River, NJ; and Adam Taylor of Uxbridge, MA. He took great pride in his eleven grandchildren, Jessica, Zackery, Hanna, Alec, Aidan, Jack, Tyler, Kanyinsola, Kemisola, Ajibola and Olatunde. Ron cherished his family and always took the time to say, “I love you”, embrace you with one of his amazing hugs, and to listen intently.

Ron is also survived by his beloved four sisters: Dorothy, Anne, Nancy, and Elaine.  His brothers, Robert and Richard as well as sister Jean predeceased him.  Ron is departing us with dozens of nieces and nephews. Ron leaves behind his cherished partner of four years Virginia Bliss of Plainville, MA

Ron was employed at Foster Forbes Glass Company (later Saint-Gobain Glass then Ball Glass) for forty years.  For countless years, he worked as an auxiliary firefighter for the Milford Fire Department with passion. He also worked for Central Supply in Milford and many other local businesses. He was proud of the volunteer work he did as both a Boy Scout leader with his sons and Milford Youth Center instructor, volunteer and board member. Ron expressed a strong work ethic that was understood by all he knew him.

Ron was a strong, loving family man who put the needs of his loved ones first. Ron was always willing to lend a helping hand to those in need, advise to those asking, and knowledge to those seeking it. He left a lasting impression with all those he met. Ron believed in sharing the gifts that he was given.  To continue sharing his gifts and “pay it forward,” on December 15th Ron began a Video Biography; to tell his story; to share why generosity and teaching was so important to him.  The video, being produced by the Milford TV and Milford Youth Center, will be completed with the help of his family, friends, staff from Dana-Farber and community members.

Ron will be honored with a Celebration of Life to be held at Sperry & McHoul Funeral Home, 15 Grove Street in North Attleboro on Wednesday, December 22nd beginning at 11 AM EDT with a brief service at 12:30 PM EDT also at the Funeral Home.