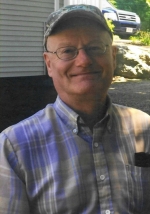 Born July 8, 1951 in Attleboro, he was a son of the late Frederick, Jr. and Ruth (McNally) Quilitzsch.

He then received a BS in Sociology from the University of Connecticut.

He loved North Attleboro Football and watching his nieces and nephew’s sports.  He also loved watching college football on Saturdays in the fall.  He was an avid reader, particularly World War II history and enjoyed time spent boating and skating on Whiting’s Pond.

His favorite saying was “Count your blessings”.

A private graveside will be held at St. Mary’s Cemetery in Attleboro Falls.

In lieu of flowers, donations may be made to either Lenore’s Pantry, 43 South Washington Street, North Attleboro, MA 02760 or Richard’s Memorial Library at the same address.