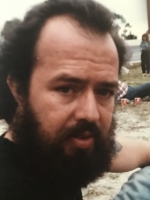 On October 9, 2021, Bruce Neil “Mitch” Mitchell passed from this life after a long and courageous battle with cancer. His dearest friend and former wife, Linda, was by his side providing love and care during this battle. Bruce was born on October 31, 1949, in Wrentham, Massachusetts, to Donald and Virginia Binny Mitchell. His father, a Wrentham Police Officer, was killed in an accident when Bruce was eight years old.

His mother remarried and he was blessed with a loving stepfather, Jack Urmston. Bruce attended King Phillip High School, but the call of the military was strong, and he entered the United States Navy in 1968. He served four years active duty and two years in Naval Reserves, during which time he earned his GED and received several recognitions including the National Defense Security Medal. Following his military service, Bruce worked as a painter and auto mechanic.   Bruce was an avid reader. His love of reading took him to all parts of the world through military, espionage, and mystery novels. He loved to fish, especially when that included the company of his son, Danny. They shared that love.

Bruce was a kind and loving person, with an incredible sense of humor. He was a loving husband, father, brother, son, uncle and friend. He was a cherished gift from God, who will be greatly missed.  Bruce was preceded in death by his father, Donald Mitchell, his mother, Virginia Binney Mitchell Urmston, his stepfather, Jack Urmston, and his son, Daniel Joseph Mitchell. He is survived by his former wife, Linda, stepson, Aaron Rampello, his Aunt Carol, one sister, Barbara, three brothers, Don, Barry, and Billy, and many cousins, nieces and nephews.

A graveside military burial will be conducted at Wrentham Center Cemetery, Route 1A, Wrentham on Saturday, October 16 at 11 a.m followed by a collation at Sheldonville Baptist Church’s Fellowship Hall in Wrentham.