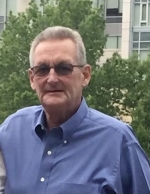 PLAINVILLE - On July 11, 2021, Michael S. Czarnowski (Mike), loving husband and father passed away suddenly at the age of 68.

Mike was born March 3,1953 in Boston, MA to Martha Buchan Czarnowski and Stanley Czarnowski. He grew up in Hyde Park and attended Don Bosco Technical High School. He happily married Maureen Czarnowski for 32 years. He later moved to Plainville where he was a resident for 25 years and raised his only child, Nicole Czarnowski.

He worked as Master Electrician with Local 103 for over 40 years. He also was an active member of the community through his extensive work on the Plainville Planning Board, and his work with the Lions Club and the North Attleboro Elks. Mike could often be found growing many vegetables in his garden, taking motorcycle rides on his beloved Harley, watching local and NASCAR races, or spending time with his wife and daughter. Mike was also an avid patriot for his country.

A funeral will be held from the funeral home on Tuesday, July 20 at 9:30 a.m. and followed by a Mass at St. Martha’s Parish, 227 South Street (Route 1A), Plainville at 10:30 and then burial at Mt. Hope Cemetery & Arboretum in Attleboro Falls.

To sign an online guestbook for Mike, please visit www.sperry-mchoul.com.