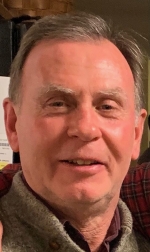 Born January 5, 1956 in Attleboro, he was a son of the late Raymond, Sr. and Gertrude (Duffy) Vandette.

Rick was a 1974 graduate of North Attleboro High School.

He worked for APT in Attleboro for the past 20 years and had previously worked for Augat Co.

He loved spending time at his camp in Maine and snowmobiling.  He also enjoyed woodworking.  Rick was devoted to his Catholic faith and was genuinely patriotic.  He loved his family, particularly loved time spent with his nieces and nephews who adored him.

He was brother of the late Raymond, Jr. and William Vandette.

Visiting hours will be held on Friday, June 18 from 5-8 p.m. at Sperry & McHoul Funeral Home, 15 Grove Street, North Attleboro.  A funeral will be held from the funeral home on Saturday at 9 a.m. followed by a Mass at Transfiguration of the Lord Parish at St. Mary’s Church, 14 Park Street, North Attleboro at 10:30 a.m.  Burial to follow at St. Mary’s Cemetery, Attleboro Falls.

In lieu of flowers, donations may be made to the Mark Vandette Charitable Fund, PO BOX 2611, Attleboro Falls, MA 02763 or the Society of St. Vincent de Paul, 14 Park Street, North Attleboro, MA 02760.