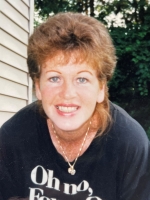 Ann T. Flaherty, 66, of Plainville, formerly of Wrentham and Roslindale, MA, passed away peacefully on Saturday, April 10, 2021 at Boston Medical Center in Boston. She was the beloved wife of the late Paul R. Flaherty, who passed away on November 29, 2018.

Ann grew up in the Roslindale neighborhood of Boston and was a 1972 graduate of Roslindale High School.

She was employed by Liberty Mutual Insurance Company for forty years until her retirement.

She leaves her devoted daughter, Meaghan M. Flaherty and her companion Paul Saulnier of Plainville, and also leaves her cherished granddaughter, Addison of Plainville. She was the dear sister of Jean Canale and her husband Richard of Lexington, Paul Glynn and his wife Cora of Mansfield, and Irene Meredith and her husband Charles of West Roxbury. She also leaves many nieces and nephews.

She was the sister of the late Michael Glynn.

In accordance with Ann’s wishes, there will be no services held.

Arrangements have been entrusted to the Sperry & McHoul Funeral Home of North Attleboro, MA.