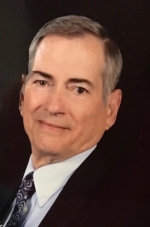 Eugene "Gene" Alsworth, 73 passed away on Monday, March 29, 2021 at Sturdy Memorial Hospital in Attleboro. Born to the late Robert N. Alsworth (Wrentham MA) and the late Lois I Stafford (Petaluma, CA) in Ann Arbor, Michigan. As child he also lived in Buffalo, NY, and San Diego, CA. His family found their forever home in Wrentham, MA.

Gene was a 1965 graduate of King Philip High School where he met the love of his life Martha (Marty) Shangraw. Gene enlisted in the US Army in 1968-1971 where he was stationed in Germany during the Vietnam War. He and Marty married in 1968 on a weekend pass. The two lived in Germany and eventually settled in Plainville, MA. Gene was an Eagle Scout, involved in town politics where he served on the finance committee for many years, was on the Board of Selectman where he served as chair, he was also a member of the School Committee and was an active member of the Plainville Jaycees.

Gene was active in the PAL ball club where he umpired for girl's softball. Every year he was responsible for the “falling of the balloons” at the Starline School of Dance Finale. Later he became the Director of the Greater Miss Attleboro Scholarship Pageant and recently became involved in the Plainville Town Scholarship Fund.

He was a lover of Steven King and John Grisham, camping, softball, fishing and golf. His adventurous spirit led the two of them to cruising anywhere and everywhere, but their most favorite place was Bermuda. As long as his “Hon” was by his side, it didn’t matter where they went.

He is survived by his wife Marty Alsworth, his daughter Keri Dickinson and her husband Dr. Charles Dickinson of Franklin, MA, and his son Todd Alsworth also of Franklin, MA. His two grandchildren Julia Dickinson and Ryan Dickinson of Franklin who lovingly gave him the name “Boppy”. He is also survived by his sister Carla Alsworth of Petaluma, CA, his brother-in-law Howard Shangraw and his partner Nelms McKelvin of Yucca Valley CA, brother-in-law Peter Shangraw of New Bedford, MA and brother-in-law Michael Patterson of Walnut Creek, CA. He is the brother of the late Marsha Patterson of Walnut Creek, CA.

In lieu of flowers the family ask that donations in his name be made to the Plainville Athletic League (PAL) a place where the Alsworth family spent the majority of their summers growing up.  PAL PO BOX 1626, Plainville, MA 02762.