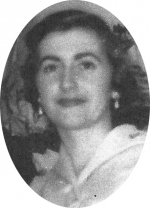 A lovely, commemorative message was sent to Keith from his family during this time – “sunset, moonrise” -  Jacqueline personally met her beloved Savior on March 27, 2021, and is now in the stars welcoming her first great-grandchild, Conner David Gillis, born March 28, 2021.

Funeral services are with immediate family/private.