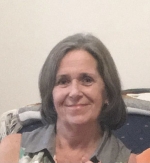 PLAINVILLE – Deborah A. Coleman, 63, of Plainville passed away Monday, February 22, 2021 at Sturdy Memorial Hospital in Attleboro surrounded by her family.  She was the loving wife of Patrick J. Coleman for forty years.

Born May 7, 1957 in Boston, she was a daughter of the late Robert E. Gorman and Patricia A. (Schofield) Geysen.

She and Pat lived in Franklin and Wrentham before moving to Plainville in 1994.

Debbie worked as a RN for several hospitals and nursing homes in Massachusetts.  She started at Boston City Hospital and later worked at Mt. Sinai in Stoughton and Serenity Hill Nursing Home in Wrentham before retiring from the Pond Home in Wrentham several years ago.

She was a huge Boston sports fan and enjoyed puzzles and word games.  She also loved going to the beach and trips to Foxwoods.

Three siblings: Janet Gardner and husband Jim of Blackstone, John Geysen and wife Joy of Attleboro and Jean Marie Geysen of Coventry, RI; also many nieces and nephews.  She was sister of the late Robert Gorman.

Visiting hours and prayer service will be held on Thursday, February 25 from 4-8 p.m. at Sperry & McHoul Funeral Home, 15 Grove Street, North Attleboro.  A funeral will be held from the funeral home on Friday, February 26 at 9:30 a.m. followed by a Mass at St. Martha Parish, 227 South Street (Route 1A), Plainville at 10:30.  Burial will be held at a later date at St. Mary’s Cemetery, Franklin.