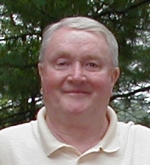 NORTH ATTLEBORO – Frederick T. Hochberg, Jr., 88, of North Attleboro and previously of Plainville for over 50 years, passed away on Friday, December 25, 2020 at Madonna Manor Nursing Home.   He was the husband of the late Laura (Santos) Hochberg to whom he was married to for 60 years upon her death in 2014.

Born in Taunton, MA on September 26, 1932, he was the son of the late Frederick T. Hochberg, Sr. and Louise (Wood) Hochberg.

Fred grew up in Taunton and was a graduate of Taunton High School.  After graduation he served his country in the United States Air Force from 1952 to 1956.  He served in Germany as a flight instructor.

Upon returning home from the military, Frederick’s early career was at L.G. Balfour Company, Tool and Die Maker in Attleboro.  He then went on to work as the Deli Manager for the Fernandes Super Markets for over 25 years.

Fred was a wonderful husband, father, grandfather and great-grandfather. He was loved by everyone he came in contact with.  His wisdom and humor brought such joy.  He was an avid fly fisherman, he loved canoeing, walking in the woods around Lake Mirimichi where he lived most of his life.  He loved vacationing in Maine, especially Bar Harbor.  His other love was Bristol, RI where he spent most of his summers as his parents had a summer home there and where he met the love of his life, Laura.

He was predeceased by his granddaughter Tina Lund and his sisters Patricia (Hochberg) Shaw and Barbara (Hochberg) Kelley.

A graveside service for Fred will be held privately at a later date.