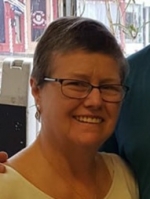 Kathryn Ann McEvoy, 69, of Plainville, passed away peacefully at her home on Wednesday, December 16, 2020 surrounded by her loving family.

Born in Boston, MA on April 15, 1951, she was a loving daughter of William C. and Margaret (Pease) Wolboldt.

Kathryn grew up in the Mattapan section of Boston and was a 1969 graduate of Hyde Park High School. Upon graduation, she attended Dean Junior College where she enrolled in early childhood education classes.

Her life’s passion was children and she went on to fulfill her dream of opening her very own preschool, founding KISMIF (Keep it Simple Make It Fun) Preschool at her residence in Plainville in 1985. Through her work she influenced thousands of kids, spanning two generations.

In her spare time, Kathryn was a member of various preschool teacher associations and following in her mother’s footsteps, was a longtime scout leader for the Girl Scouts of America. A woman of strong faith, she was a communicant of St. Martha’s Parish in Plainville for many years. The times she enjoyed most were those spent with her adoring family.

She was an aunt to numerous nieces and nephews and was also the dear cousin of Peggy Conrad of North Attleboro.

She was predeceased by her brothers: Arthur Cronin, Paul Cronin, and Donald Cronin.

A private Mass of Christian Burial will be held in St. Mary of the Immaculate Conception Church in North Attleboro and Kathryn’s remains will be entombed in the columbarium at North Purchase Cemetery in Attleboro at a later date.

In lieu of flowers, expressions of sympathy may be made in Kathryn’s memory to St. Jude Children’s Research Hospital, 501 St. Jude Place, Memphis, TN 38105.