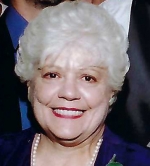 Born January 4, 1937 in , she was the daughter of the late Robert & Lucille (Santor) Shannon of Buffalo, NY.

She was the mother of David Sr (Sheila) of Foxboro, Brian (Linda) of Orlando, FL., Daniel (Dawn) of Foxboro, Darin (Aimee) of ; the grandmother of David  Jr., Kaitlynn, Kiersten, all of Foxboro, Michael of Pawtucket, R.I., Christina (David) of North Attleboro, Danielle of Millis, Gregory (Jillian) of Upton, Elizabeth of Valencia, CA, and Linnia & Delia of Severna Park, MD.; and the great grandmother of Madison, Cassidy, and Elinor Warner of Johnston, R.I., and Philip of North Attleboro.

Born in , and raised in , she served in the US Women’s Army Corps in 1957 as a switchboard operator. Married to Philip in 1964, they lived in , until 1969, then until 1971. Upon moving to where she lived for 27 years, she became a member of First Congregational Church of Sharon, a member of Dorcas Society, President of Sharon Women’s Club & The Fortnightly Club both part of General Federation of Women’s Clubs of Massachusetts which is a national & international group of Volunteers of America.

Having moved to North Attleboro in 1998, she became President of YMCA Live Y’ers from 2002 to 2003, President of Angle Tree Garden Club from 2011 to 2013, former member of First United Methodist Church of NA, Chairperson of Xmas Fair, a member of choir-“Queen Mum” of local Red Hat Society, a member & Vice Pres. of Falls Congregational Church Women’s Society. She moved to in 2018 and became the president of The Village @ Willow Crossings Home Owners’ Association.

A private memorial service will be held for the family, and a celebration of life ceremony will be held at a later date, most likely in the spring. Friends and loved ones will be notified of the celebration. Burial will take place at the .