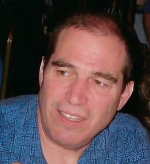 ATTLEBORO – Stephen F. Cook, 64, of Sargent Circle passed away on Tuesday, November 10, 2020 in Sturdy Memorial Hospital.  He was the loving husband of Theresa (Dufresne) Cook.

Born in Norwood on May 7, 1956, he was the son of Frederick M. Cook and his wife Joy of Sebastian, FL and the late Barbara J. (Taylor) Richardson.

Stephen was a graduate of King Phillip Regional High School where he was a standout football player and baseball catcher.  He received an Associate’s Degree from Champlain College in Burlington VT.   It was at Champlain College that he and Theresa met.

Stephen and Theresa resided in Mansfield for 30 years where they raised their two sons Matt and Andy before moving to Attleboro 13 years ago.

He retired from Robelle Industries in Braintree after working as a laborer for over 21 years.  Stephen loved working and had outstanding work ethic and he made good friends that were like family.  He also held many other positions including plant and production supervisor, foreman, manager and heavy equipment operator, utilizing his tractor trailer, CDL, and hoisting licenses.

Stephen enjoyed spending time at the family cottage, fishing, exploring the Cape and ocean beaches, meditating at sunset in The Fugue overlooking the pond, Motown music, and Tom Petty concerts.  Steve’s best loved moments were square burger BBQ’s with friends and family.  Although a private person, he was always selfless and generous with his tightly knit group of family and friends.  Steve often sported his cherished grandson, Braden’s Oakmont Chargers football hat.  Intelligent and quick-witted, he made life fun; but in the immortal words of Tom Petty, he wouldn’t back down.  One of his last sentiments he wrote was “All my family I love”

Stephen was predeceased by his mother Barbara Richardson, his stepfather David Richardson and stepmother Rosemary Richardson.

The family of Stephen would like to extend a tremendous heartfelt thanks to the wonderful people at the ALS Association Rhode Island Chapter and the Louise Wilcox ALS Clinic of Providence, RI, including Dr. George Sachs, Dr. Nicholas Hill, Dr. John  Ladetto, and Erin Gill, RN; the ALS Association of MA, Compassionate Care ALS, the ALS Multidisciplinary Clinic of Massachusetts General Hospital and Dr. Stephanie Muriglan.

Visiting will be held on Sunday, November 15, 2020 at Sperry McHoul Funeral Home, 15 Grove Street, North Attleboro from 1 p.m. to 2 p.m. immediately followed by a memorial service at 2 p.m. His step-brother Fr. John Soares will be officiating.

In lieu of flowers, donations in Stephen’s memory may be made to the ALS Association of Rhode Island Chapter, 2374 Post Road, Suite 103, Warwick, RI 02886.