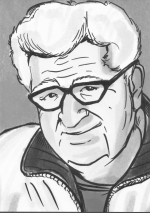 NORTH ATTLEBORO – Richard Ellsworth Plath, 91, of North Attleboro, passed away peacefully on Wednesday, September 166, 2020.  Born in 1929, he was the seventh of nine children by the late Nels and Harriett Plath of North Attleboro.

In 1970, he married his beloved wife, the late Mathilda “Millie” Plath (Née St. Pierre).  Together, they moved to Woonsocket, Rhode Island, where they lived happily for 45 years until Millie’s passing in 2016.  Richard subsequently moved back to the Plath family home in North Attleboro.

A proud veteran, he enlisted into the Army in 1951 and served overseas in Japan during the Korean War.  Upon completing his service, he returned home and worked for the Mason Box Company in North Attleboro.  Later, he took employment at the Tupperware Company in North Smithfield, RI where he met his loving bride.  During his retirement, he became a successful Avon representative and salesman.

He loved traveling and camping around New England, with his favorite places being Cape Cod, the Islands, and Bar Harbor, Maine.

He tremendously enjoyed spending time with his family.  Whether it was celebrating his favorite holiday, Christmas, or just simply sitting around a campfire in the back yard, he always made sure to take a moment to have a sincere conversation with everyone to make them feel loved.  Richard was also an active and revered member of the North Attleboro Senior Center.  Those at the center will remember him for his friendliness, charisma, and always being impeccably dressed even for a quick lunch and a game of cards.  His family and everyone who knew him will remember Richard as a consummate gentleman for his gentleness, kindness, and sense of pride.

He will always be everyone’s favorite uncle.  He deeply loved everyone, and everyone dearly loved him.

Richard will be laid to rest in a private ceremony at St. Mary’s Cemetery in Attleboro Falls at a later date.