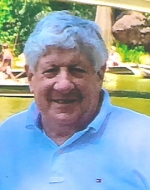 ATTLEBORO – H. Stephen Reinhart, 72, of Attleboro passed away Saturday, September 12, 2020 at home surrounded by his family.  He was the loving husband of Ellen L. (Hanron) Reinhart.

Born April 25, 1948 in Boston, he was a son of the late Harold and Antonette (Vasaturo) Reinhart.

Stephen grew up in North Attleboro but has lived in Attleboro for the past 42 years.

He attended the University of New Hampshire and graduated from Roger Williams College with a B.S. in Engineering.

He worked for several construction companies throughout his working career before retiring as a Senior Estimator from Carlin Contracting Company last year.

Harold enjoyed buying and restoring cars that had been totaled.  He liked woodworking and repairs around the house.

He was an avid football fan of the Patriots and later the Red Sox.  He also enjoyed the many decades of vacations spent at the beach in Harwichport.

In addition to his wife, he is survived by his children: Ashley and Christopher, both of Attleboro; cousins Debbie Sherraden of Wisconsin and Judy Hoobin of Medfield; his brother-in-law Kevin Hanron of Wellesley; a niece, aunts and many second cousins.

Stephen was predeceased by his brother Robert Reinhart.

Visiting hours will be held on Saturday, September 19 from 11 to 1 p.m. at the Sperry & McHoul Funeral Home, 15 Grove Street, North Attleboro.  A memorial service will be held in the funeral home immediately after visitation at 1 p.m.  Burial will be at a later date at Vine Hill Cemetery in Medfield.

In lieu of flowers, donations may be made to the Mansfield Animal Shelter, 175 Fruit Street, Mansfield, MA 02048, or the shelter of your choice.

To sign an online guestbook for Stephen, please visit www.sperry-mchoul.com