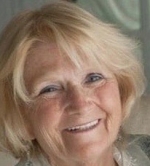 Attleboro, MA – Noreen Lee Chilson, 75, of Park Street in Attleboro, peacefully passed away in her home Sunday, August 30, 2020, with her family by her side.

So many people were blessed to have known Noreen. She was kind and generous to all, and she will be profoundly missed by everyone who crossed her path in life.

Born October 2, 1944, in South Weymouth, MA, daughter of the late Lawrence and Alice (Sullivan) Chilson, Noreen was a 1963 graduate of Bridgewater-Raynham Regional High School, and graduated from Rittners Floral Design School in Boston in 1965; and Fitchburg State University in 1967, with a degree in Vocational Education. She later graduated from Taunton Beauty Academy.

She owned and operated Noreen’s Flower Shop in Brockton for many years.

Noreen was dedicated to her Catholic faith, and volunteered at La Salette Shrine in Attleboro, and enjoyed knitting and crocheting.

Noreen was predeceased by her beloved long-time companion Juan St. James, her sister Joan and her late brothers, James Henault and George “Sonny” Chilson; her brother-in-law Jase Cunniff of Florida, and her parents, Alice and Larry Chilson.

In lieu of flowers, Noreen has requested that donations be made to Hebronville Food Pantry in Attleboro.

“Rivers do not drink their own water;

trees do not eat their own fruit;

the sun does not shine on itself, and

flowers do not spread their fragrance for themselves.

Living for others is a rule of nature.

We are all born to help each other.

No matter how difficult it is … life is good when you are happy;

but much better when others are happy because of you.”