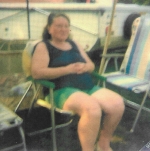 NORTH ATTLEBORO – Elsie May Nemet, 96, of North Attleboro passed away Sunday, August 9, 2020 at Sturdy Memorial Hospital in Attleboro.  She was the beloved wife of the late Henry Nemet who died in 2019.

Born June 11, 1924 in Boston, she was a daughter of the late William  and Edith (Holbrook) Squire.

Elsie lived in North Attleboro and Foxboro for over 30 years.

She worked in local factories and loved to read, camp and always had dogs and cats and loved her houseplants.

She grew up in Marlboro.

Elsie is survived by her two sons: George and wife Brenda Nemet of Fall River and Kenny and wife Debbie Nemet of Maine;  her son-in-law Edward Correia of Norton;

And nieces and nephews: Ralph, Robert, Russell, Nancy and Gail.

She was predeceased by her daughter, Donna in 2011.