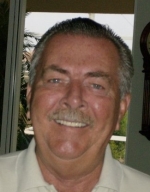 Robert “Bob” J. Nesbitt 74, of Naples, FL, passed away with his daughters by his side on June 17, 2020 in Naples, FL. He was the husband of the late Linda (Courbron) Nesbitt to whom he was married for 32 years. Born in Taunton, MA in 1945, he was the son of the late Perley J. and Dorothea (Lott) Nesbitt.

He was a graduate of Taunton High School, Wentworth Institute of Technology, and the University of Rhode Island. He worked as an engineer at Texas Instruments, a sales-engineer at Pylon, and co-founded TTI Testron, a company that manufactured electronic test products. He most recently worked at Naples Acura.

Bob loved golfing, playing pool, the New England Patriots, and NASCAR. He was a former member of the Highland Country Club and The Vineyards in Naples, FL. Bob was a lifetime member of the Attleboro Elks.  He was a friend of Bill W.

He is survived by two daughters, Kristen Riggs and her husband, Brian, and their daughter Ashlyn; Karen Malcolmson and her husband, Jimmy, and their children Robby, Kalin, Eric, and Kyle; his step-son, Ryan Thomas and his wife Shawna; and his sister, Carol Butler.

In lieu of flowers, donations in Bob’s memory may be made to the Avow Hospice at avowcares.org/donate-now.