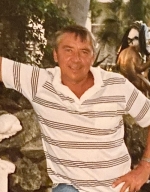 Bill was born in 1937 in Pittsburgh, PA where he was an altar boy for many years at his local church.  After finishing school, Bill joined the Navy where he served his country for three years.  While on leave in the Navy, Bill met and then married the love of his life, Janet (Lodge) Tarball, and moved to Mansfield where they were life-long residents.  They were happily married for 52 years prior to her passing in 2011.  Bill was a Millwright and member of union Local 1121 for 20 plus years, and could fix anything.  He enjoyed spending time with his family and friends, and was an avid Boston sports fan.

He is survived by his three children, Gregory Tarball and his wife Tammy Tarball (Gould) of Attleboro; his daughter Debra Koziol of Cornelius, NC, and his daughter Cathy Tarball of Forestdale, MA.  Additionally, he leaves behind his granddaughter, Jessica Stewart (Tarball) and her husband, Nick and his three great-grandchildren, Braeden, Stella and William.

One of four children, he was the brother of Peter Kandravy and Gregory Kandravy, both of Pennsylvania; and his sister Patricia Dann of Florida.

In accordance with his wishes, there will be no funeral services.