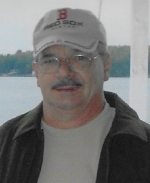 North Attleboro -   Leslie L. Grant II, 78, of North Attleboro passed away Saturday, April 18, 2020 at Sturdy Memorial Hospital in Attleboro.  He was the beloved husband of Dorothy (Kohansky) Grant for 45 years.  Born February 24, 1942 in Boston, he was a son of the late Leslie L. and Lydia (Coderre) Grant.

Les grew up in East Boston and Weymouth.  He lived most of his life in the Roslindale neighborhood of Boston before moving to North Attleboro in 2002.

He worked as a baker at various donut shops in the Boston area throughout his career before retiring at age 63.  In retirement, he did maintenance work at Pace Plaza in North Attleboro.

Les enjoyed swimming, going to the beach, and family.

In addition to his wife, he was father of: Linda Kenney of Norwood, Leslie L. Grant III of Brighton, Michael Grant of Brighton and William Grant of Mansfield;

Services will be held at a later date.