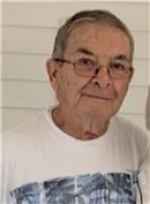 NORTH ATTLEBORO -- Donald Weber Dillon, 89, who lived on Mount Hope Street in a house he built with his own two hands up until last year when he moved into the Branches of North Attleboro with his wife of 66 years, Lil, died Thursday, April 2, 2020. If youve spent any length of time in North Attleboro over the last 89 years, Don Dillon's face is likely familiar. Though, with his humble nature, he was likely not seeking your attention; he would have been quietly serving as a model citizen. Donald Weber Dillon was born May 6, 1930. When Don's father passed when he was only 12, he helped his mother on the self-sustaining Dillon homestead on Mount Hope Street where he fondly remembered an abundance of fruit trees. Don was a football player at North Attleboro High School and, at the return of his valiant service in the Korean War, married NAHS cheerleader and love of his life, Lilian Leger. Don and Lil were happily married for 66 years and still held hands in bed together until the night he died. Don and Lil were staples at Bliss Brothers in town and, up until age 87, Don could be found at the Attleboro YMCA each morning. He was an incredibly talented craftsman; he built his own home on Falls Pond where he meticulously cared for his homestead until his late 80s. Don was an admired North Attleboro mailman. He was the proud father to Patty (Joe) Terpstra of Ripley, Okla., Michael (Nancy) Dillon of Rehoboth, Mark (Mary) Dillon of Warren, R.I., and Matt (Aaron Ricci) Dillon of Long Beach, Calif. He was incredibly proud of his five grandchildren: Eric (Elaine) Dillon, Michelle Dillon, Mark (Kristen) Dillon, Rachael (RJ) Fried, and Kirsten Terpstra, as well as his beautiful brood of great-grandchildren: Jake and Austin Dillon of Plymouth, Mass., Dylan and Ayva DeCastro of Dighton, Max, Nina and Liv Dillon of Hartford, Wis., and Rory and Robby Fried of Calabasas, Calif. He was a hardworking man, who always did what he thought was best. He will be sorely missed by his family and friends. Due to the current circumstances, there will not be a service for Don. In lieu of flowers, do something kind for another person in his honor.