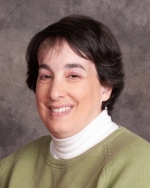 NORTH ATTLEBORO – Lynda J. Lacasse, 54, resident of Longview Drive for the past 27 years, passed away Friday, January 24, 2019 at Wingate of Norton surrounded by her devoted family.  She was the beloved wife of Dennis Lacasse for 26 years.

Born September 1, 1965 in Pawtucket, RI, she was a daughter of Roger Balthazard of Pawtucket and the late Rosa (Mennucci) Balthazard.

Lynda grew up in Pawtucket and was a 1983 graduate of Tolman High School.  In 1987 she graduated from Bryant College in Smithfield, RI with a business degree in marketing.

Upon graduation from college, she worked as a marketing representative in the vending industry where she earned several national awards.

After having her children, she worked part-time as a server at several local restaurants until health issues forced her to retire in 2011.

Lynda loved talking sports and was an avid fan of the Red Sox and Patriots.

In addition to her husband and father, she is survived by a daughter, Jamie Lacasse of Cranston, RI and a son, Ben Lacasse of North Attleboro;

Visiting hours will be held on Wednesday, January 29 from 10a.m. to 12 noon at Sperry & McHoul Funeral Home, 15 Grove Street, North Attleboro.  A funeral service will be held at the conclusion of visitation at noontime in the funeral home.

Burial to follow at Notre Dame Cemetery in Pawtucket.