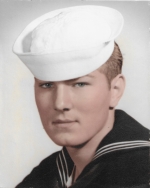 NORTH ATTLEBORO – John A. (Stasiukiewicz) Stacey, 78, of North Attleboro passed away Tuesday, December 31, 2019 at Brigham & Women’s Hospital in Boston after a brief illness. He was the beloved husband of the late Mary E. (McAllister) Stacey who passed away in 2013 for over 51 years.

Born December 17, 1941 in Boston, he was a son of the late Stanley and Hilda (Burton ) Stasiukiewicz.

John was a lifelong resident of Boston before moving to North Attleboro in 2009.

He joined the U.S. Navy military service at age 18 and proudly served as machinist’s mate aboard the USS Yellowstone before being honorably discharged in 1965.

John was a self-employed HVAC service technician at Stacey’s Heating Company for many years before retiring in 1993.

His many hobbies and interests included fishing, gardening, baking and golfing.  He also enjoyed reading and loved animals, especially his dogs.

He was a proud brother of: Edward Stacey of Taunton and Paul and Jean Stasiukiewicz of Whitman; and many nieces and nephews.

A graveside service will be held on Friday, January 3 at 2 p.m. at Mt. Hope Cemetery & Arboretum in North Attleboro.

To sign an online guestbook for John, please visit www.sperry-mchoul.com.