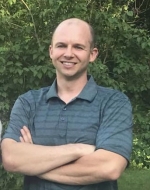 Joshua Michel Lange, 38, passed away unexpectedly on October 10 2019. He was the loving husband of Laura-Lee Lange (LaBonte), with whom he shared 15 years of Marriage  . He was the devoted father of Julianne Joy and Lukas Joshua Lange. He was a partner and best friend to Laura Jennings Vaters .  He was the beloved son of Pamela and Michel Lange of Attleboro, loving brother to Nathan Lange and his partner Alicia Paine. He was the cherished grandson of Guy Wheeler of Norton, the son-in law of Nancy and David DeBlois, brother-in-law to Andre DeBlois of North Attleboro.  He is survived by many aunts, uncles, cousins, friends, and chosen family who loved him dearly. He was predeceased by grandmother Dorothy Wheeler, and grandparents Vienna and Alfred Lange.

Born in Attleboro MA on July 21st 1981, Josh was best known for being an outstanding student, whose smarts were matched by his incredible sense of humor . He befriended all who knew him and had many long time friends and co-workers who considered him family. Widely known in the Attleboro area, he worked at Willow Tree farm and along side his brother and father in the family construction business, as a young adult.

He was a graduate of Massachusetts Maritime Academy, and enjoyed a long successful career in facilities engineering. He worked in Cambridge at the Novartis Biomedical Research facility as a Lead Technician. He was proud to serve as assistant shop steward within the Union, working avidly to support and advocate for his co-workers. He was a man of strong principles and values, and he would defend his beliefs with knowledge and conviction.

Joshua's family was the focal point of his life. He was known as the family guy who was young at heart. He became a foster parent, along with his wife in Rhode Island, where he lived for 11 years . He enjoyed the beaches in the summertime, and skiing in the winter. He loved being outdoors, hiking, bike  rides with his children, family cookouts, watching the Patriots and the Bruins.  He played hockey, loved swimming, exercise, cooking and being healthy . His interests included all things sci-fi and reading a good book.

A kindhearted man, he was helpful, hardworking, and lived humbly. He will be fondly remembered as a distinguished man who was not afraid to go against the grain of society and live an eccentric life. He will be deeply missed by his family, friends, and loved ones.

Calling hours will be held Oct 19th from 11-2 at Sperry McHoul funeral home at 15 Grove st. North Attleboro . Followed by a Celebration of Life at Bella Sarno at 553 Kelley blvd. North Attleboro. In lieu of flowers please donate to a charity of your choice, or plant a living tree in Joshua's name and memory.